I’ve decided to do one of these Daily Prompt posts again because the last one was fun and, in all honesty, it kinda fits with what I was going to write about today anyway! So here goes…

When I was researching for this article I was looking for proof of a fact that I have heard many times, one that states that it takes a mere 7 seconds for someone to form an opinion about you. What I didn’t realise was that there is also research into how many times you have to then meet that person in order to change their initial impression, it is 7 times! Which seems like an awful lot to me. Thus, it can be seen that the person forming that initial opinion is making some serious assumptions along the way and that they hold onto these assumptions for quite a long time after initially getting to know you.

I am so aware of the assumptions that people make about me, in fact I try to hide certain parts of my life so that people don’t assume certain things about me, which is strange when you think about it. It isn’t that I am ashamed of what I do, or ashamed about what assumptions people might make based off of my life choices. I think it is because I don’t want to be known by a simple label, or to be put into a nice square box.

There are so many assumptions tied with each label that I could get given, and they all seem to contradict each other. “Hockey” girl, for example, could make people assume that I am crazy about fitness, enjoy wearing short skorts and have a violent streak. Whereas, “Book” girl has totally different assumptions such as being quieter, shy and smart. They are both such different assumptions but some are true from each. I love being out on the hockey pitch running around, but I also love to sit in a quiet corner and spend my day reading. Both are me. But when people assume either aspect of my character they take away another part of what makes me, me.

Additionally, assumptions are often negative, if not directly then indirectly. The saying “to assume is to make an ass out of u and me” didn’t come from out of nowhere. In fact, I have found that it often rings true. More times than I can count, when I have assumed something, it has not turned out how I expected. Whether that be me assuming that someone would do something or whether I am assuming something about someone (I actually wrote a piece about assumptions based on masculinity and societal roles that you can read here and a piece about assumptions surrounding veganism that you can read here). But it seems that I am not alone and that assuming is an entirely natural thing for humans to do, in fact it is something that we have to actively fight against doing regularly.

Which has made me think… If we have to fight it so much then should we be fighting it at all? Maybe assumptions are a key aspect of society and human relationships? Maybe there is some part of the human psyche that has a need for assumptions because it allows for us to anticipate human behaviour and allows us to categorise people into nice, neat and tidy boxes which are easy for us to deal with?

As always let me know what you think! 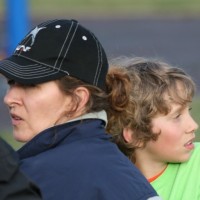